You know what they say about forgetting Jerusalem…

You may not be able to visit the city in person, but thanks to The Jerusalem Parliament, you can feel part of a city still reinventing itself, 5,000 years in. Join the entrepreneurs, innovators, and social activists at the forefront of Jerusalem’s development into a cultural, educational, and innovation capital for Israel and the Jewish world in a series of fascinating lectures about the city, hosted by the Menachem Begin Heritage Center. 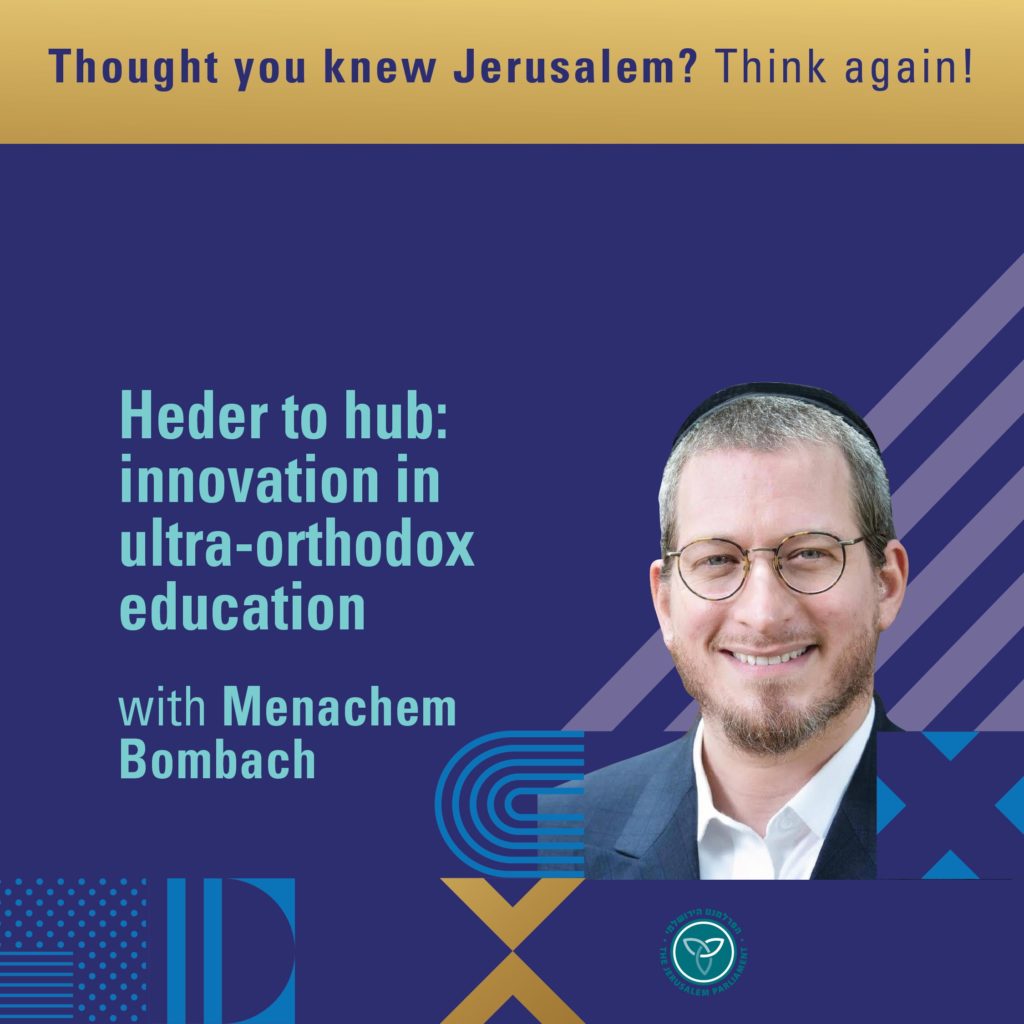 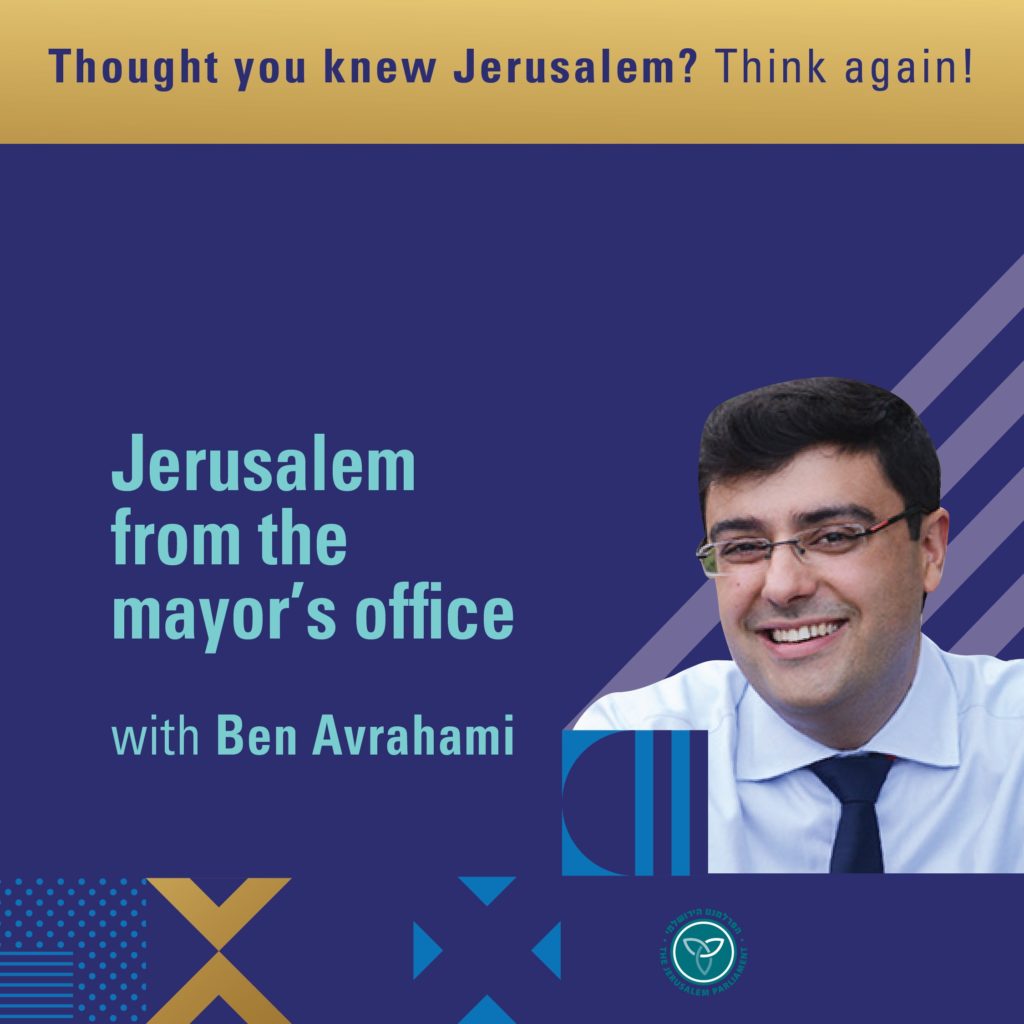 If “Haredi entrepreneur” sounds like a paradox, you’ve never met Menachem Bombach: Founder of the academic preparatory program for ultra-Orthodox students at Hebrew University and award-winning principal of a network of Haredi schools, Bombach believes there’s no contradiction between Torah study and professional success. Moreover, he insists that viewing Haredim through the media’s lens misses encouraging educational trends already happening in their community. Join him for “Heder to Hub: Innovation in Ultra-Orthodox Education” to learn about emerging processes among Israel’s ultra-Orthodox population, and how pioneering Haredi institutions in Jerusalem are leading the charge for change.

Jerusalem from the Sixth-Floor: A View from the Mayor’s Office – Ben Avrahami

From his office on the Jerusalem Municipality’s sixth floor, Ben Avrahami has a clear view onto East Jerusalem. It’s the perfect place, he says, to see a new society take shape: As the East Jerusalem Advisor to the Mayor’s Office, Avrahami—recently selected by Forbes Magazine as one of their “30 Under 30” for groundbreaking achievements in Jerusalem—has led a series of strategic projects in cooperation with East Jerusalem civic leaders and community activists. In “East of Asael Street: Dialogue in a Divided City,” hear him describe what worked and what didn’t in the city’s efforts to bring its two sides closer together, and why the most important thing is to keep talking. 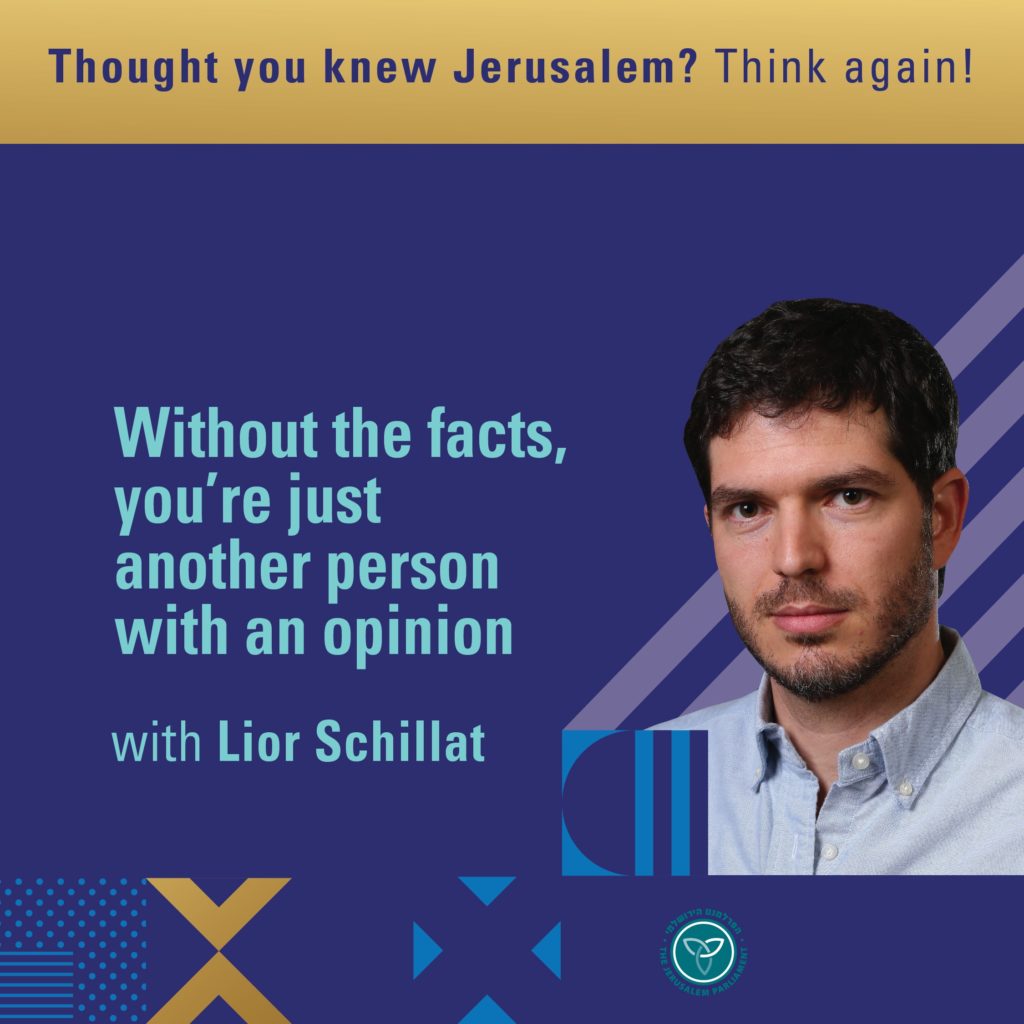 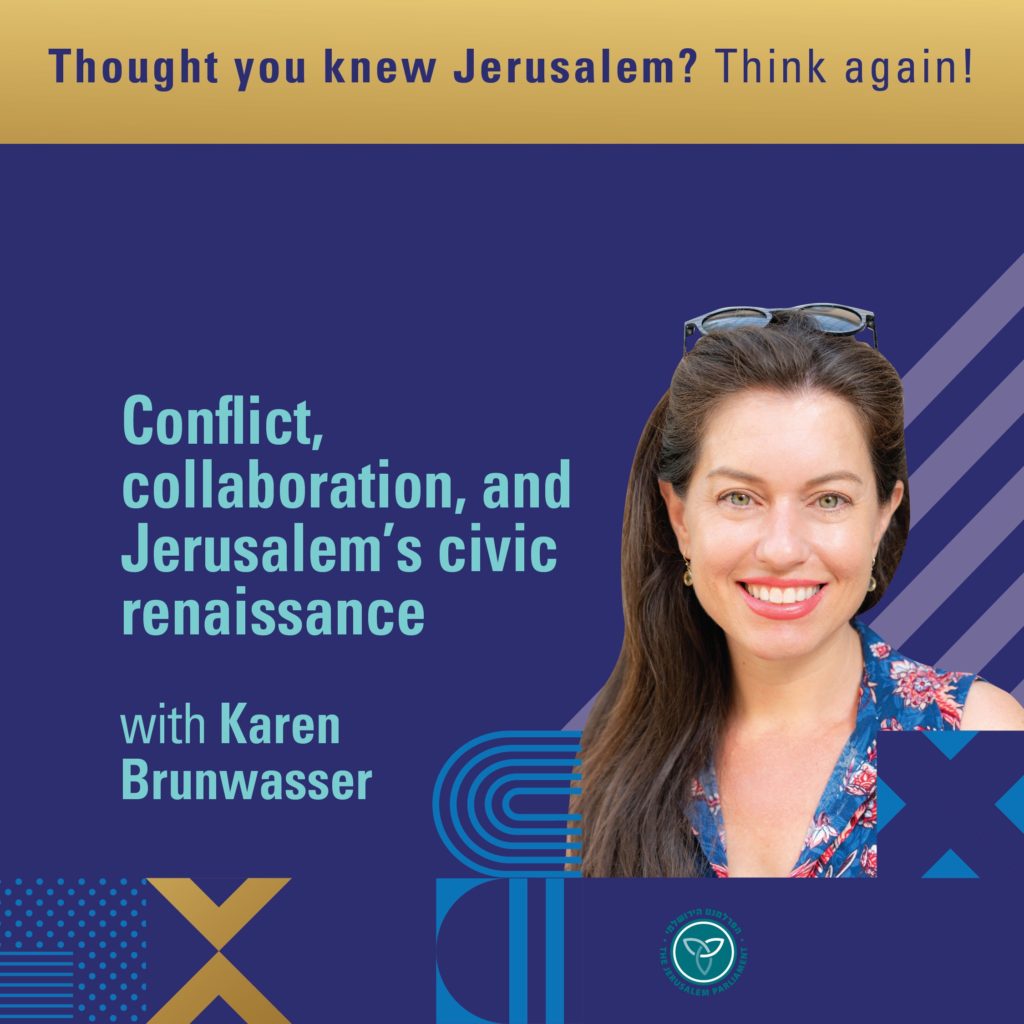 Without the Facts, You’re Just Another Person with an Opinion: What the Data Really Tells Us About the City – Lior Schillat

Do good fences really make good neighbors? Lior Shchillat, a more than 25-year veteran of Jerusalem’s policy and business worlds, and previously a member of the planning team for the city’s controversial Security Fence project, could give you an answer—but one based in facts, not emotion. As director general of the Jerusalem Institute for Policy Research, Lior has amassed and analyzed data about almost every aspect of the city, and insists that the numbers never fail to surprise. More important, they can offer new ways of thinking about Jerusalem security, economy, educational system, and more. Join Lior for “Without the Facts, You’re Just Another Person with an Opinion: What the Data Really Tells Us About the City,” a fascinating survey of the current state of the city, its challenges, and the (facts-based) reasons for optimism.

The word “Jerusalem” may mean “city of peace,” but to read the headlines and watch the live news footage, it’s easy to conclude that Israel’s capital is a hopelessly divided place. From the Israeli-Palestinian conflict to battles over religion and state, Jerusalem seems more cultural and political minefield than President Rivlin’s touted mosaic. And yet, under the radar of most observers, the city’s tensions have transformed it into a laboratory of social innovation.

In the wake of the Second Intifada, Jerusalemites of all backgrounds began working to heal their city, setting the stage for a civic renaissance rooted in collaboration across sectarian, ideological, and literal municipal lines. At a moment when polarization is tearing cities across the West apart, it is Jerusalem—the city most identified with conflict—that can teach us all lessons about confronting blind spots, turning rivals into partners, and defying the gatekeepers of the status quo.

Join Karen Brunwasser, a Jerusalem-based civic activist and co-founder of the award-winning, independent arts and culture NGO Mekudeshet, to learn how Jerusalem can point the way from hotbed to hothouse of cooperation and creativity.

Registration for the current series